SOUTH AFRICAN CAUGHT WITH COCAINE IN BRASSIERE AT LAGOS AIRPORT 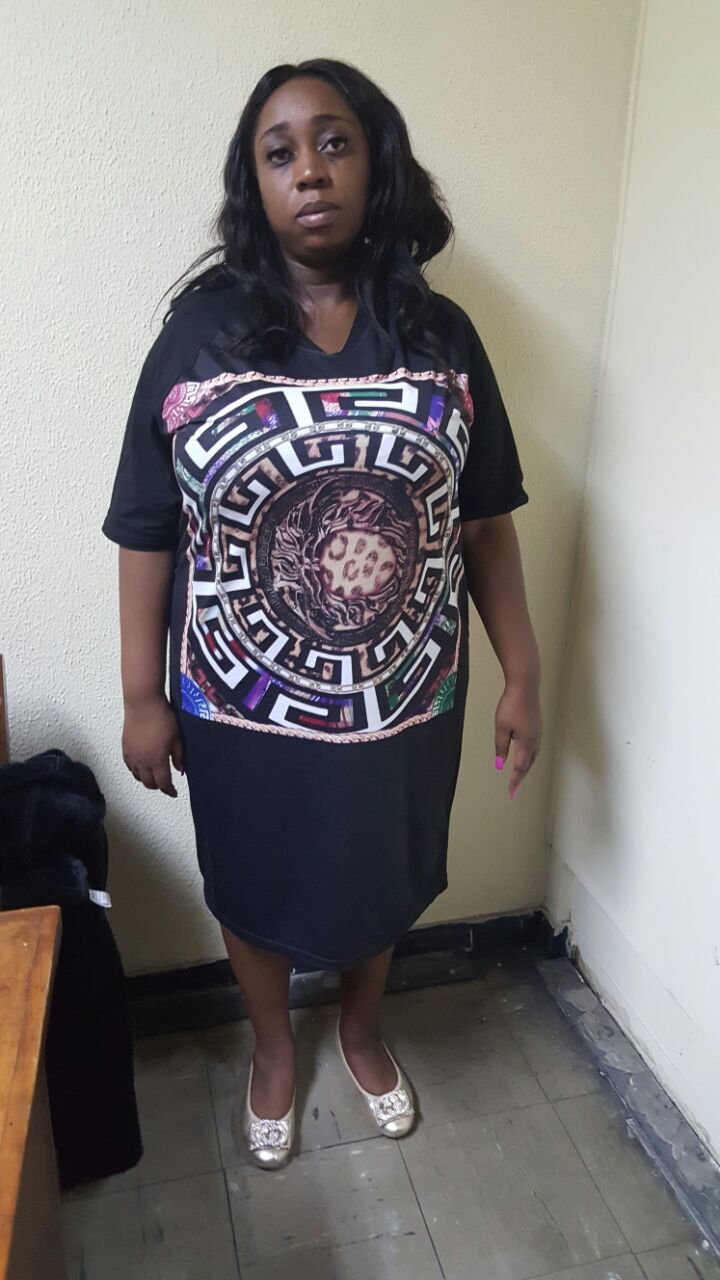 Attempt by a South African lady to smuggle 1.210kg of white powdery substance that tested positive for cocaine to South Africa had been foiled by anti-narcotics officers.

The 34 Year-old, who is an apprentice chef had two parcels of cocaine carefully concealed inside her brassiere on her way to Johannesburg when she was arrested. The drug was detected by a female operative of the National Drug Law Enforcement Agency (NDLEA) at the Murtala Muhammed International Airport (MMIA) Lagos during screening.
NDLEA commander at the airport, Ahmadu Garba gave her name as Lekganyane Lerato.
In his words, “the suspect was intercepted during routine screening of passengers on South African airline. The drug was neatly concealed but certainly not good enough to escape our notice. She is currently under investigation but will be charged to court very soon”.
The suspect said that she was lured into drug trafficking by friends.
“I am an apprentice chef in Johannesburg. A friend convinced me into drug trafficking. I never imagined that the drug will be detected because it was carefully concealed inside my brassiere. A female officer requested to feel my boobs that was how the cocaine was detected. My travel expenses was handled by the sponsor who promised to pay me 3,000 dollars when I get to Johannesburg but all my dreams had been dashed following my arrest” Lerato lamented.NDLEA Chairman/Chief Executive, Col. Muhammad Mustapha Abdallah (retd.) expressed optimism that the chances of being caught with drugs is getting higher in the country.
“Daily arrest of drug traffickers has validated our superiority. Drug trafficking organisations may try their best but they will end up in prison custody” Abdallah stated.
NDLEA boss called on drug cartels to quit the criminal act or be prepared for arrest and prosecution.
By: Sade Williams
2016-06-04
Sade Williams

How to achieve positive competitiveness in aviation sector, by FCCPC boss

Adamu Abdullahi     Posted by Sade Williams    A former Director at the Nigerian ...