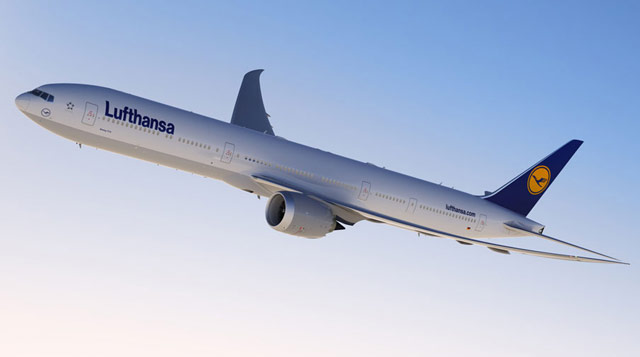 Lufthansa it will today, (Tuesday), airlift all the passengers that were stranded from the cancellation of Monday’s flight from Lagos, Abuja and Port-Harcourt, Hakeem Jimo, the airline’s media consultant has said.

The flights were cancelled due to Germany’s workers walk out on strike for more pay, hobbling major airports like Frankfurt.

Jimo said the flights to Nigeria would be normalized today as there are two planes on the route.

“Monday’s flight was cancelled and passengers couldn’t return to Lagos and Abuja on Monday, the passengers were duly informed, but everything will be normalized today because we have two planes that will airlift them and those in Frankfurt will be back in Lagos on Wednesday, flights to and fro Nigerian cities will no longer be affected”, he said.

According to local.de, a German online medium, Lufthansa had said it will cancel “more than 800” flights on Tuesday as public sector workers walk out on strike for more pay,  crippling major airports like Frankfurt.

“Due to this strike tomorrow, Lufthansa will have to cancel 800 out of the 1,600 scheduled flights, including 58 long-haul flights,” the group said in a statement, adding that around 90,000 passengers would be affected.

Service would be back to normal on Wednesday after the strike, which will see groups like ground crew and airport firefighters walk off the job between 5:00 am and 6:00 pm local time (0300 to 1600 GMT), Lufthansa said.

Frankfurt airport — Germany’s largest — warned on its website of “significant delays and cancellations” affecting many airlines, asking travellers to check with their carrier whether their flight would go ahead.

Even passengers whose flights were not cancelled should plan to arrive at the airport earlier than usual as longer queues are expected, Lufthansa said.

“It’s totally unacceptable that the union is waging this conflict on the backs of uninvolved passengers,” Lufthansa human resources chief Bettina Volkens said.

The airline has cleared up outstanding conflicts with its own employee groups like pilots and cabin crew.

But the airport staff walkout along with others between April 10th and 13th is designed to “increase pressure” on public sector employers ahead of wage talks, major union Verdi said.