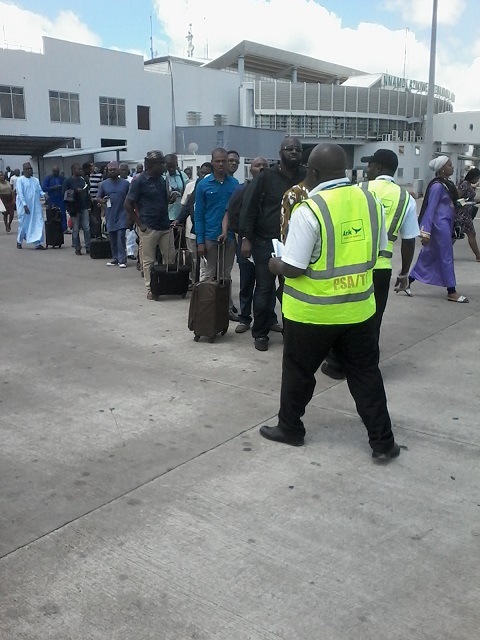 Arik Air may have started witnessing a turnaround in major areas as its new managers, under the Assets Management Corporation of Nigeria (AMCON), have magically worked to gain the confidence of its suppliers, who before the take-over, were not willing to do business with the airline.

It has also successfully ensured that that its On time Performance (OTP) has exceeded 80 percent output as flights take-off and land as scheduled.

Our correspondent who flew with the airline recently on Lagos-Abuja-Lagos route, reports that the flight that was scheduled to take-off at 11.am departed as scheduled and retuned to Lagos on time.

He noted that it was a surprise for her to hear the boarding announcement about 10 minutes to 11.am, adding that flight delays may become a thing of the past with the airline.

A cross section of passengers who later spoke with her, expressed satisfaction with the flight.

“There was no issue at all, I have not missed my appointment, I am happy”, a passenger simply identified as Rita, said.

Another one who preferred anonymity said the airline ‘has turned a new leaf with my experience today’.

Another passenger known as Fehintola who arrived Lagos with the flight, said she is still watching the airline as she has experienced disappointments with it in the past.

She added that the day’s flight however showed ‘a new Arik Air’.

“I can see a new Arik Air with this experience but I am still watching it”, she said. 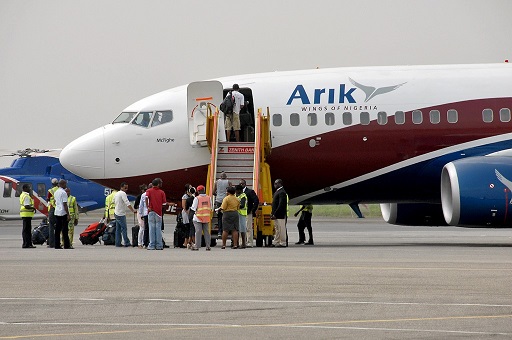 Speaking on the development, Tosan Bani, Head of Commercial, Arik Air said: “You are right in your observation about our on-time departure. I must confess that the new management has done a lot of work in changing the narrative. The focus across the business is on-time performance. What we have done is to gain the confidence of our suppliers especially the oil marketers. One problem the old management had was their inability to get credit facility from oil marketers and this was responsible for the service disruption experienced then.

“Now, oil marketers are ready to do business with us because we have the capacity to pay our bills as and when due. Also, we have streamlined our operations and optimised flight schedules in line with international best practices. This has significantly improved our on-time performance. I can proudly tell you that our OTP now averages 85 percent and 90 percent”, he said.

He added that the  airline is working seriously to train and retrain staff, while their salaries are paid as at when due.

“We are continuously improving through training, active front desk leadership and feedback management. It is not Uhuru yet but we have improved. One of the issues in the past was the late payment of staff salaries but with the coming of our partners, AMCON, staff salaries are now paid as and when due. This has boosted the morale of the generality of the staff and they are happy performing their roles”, he added.