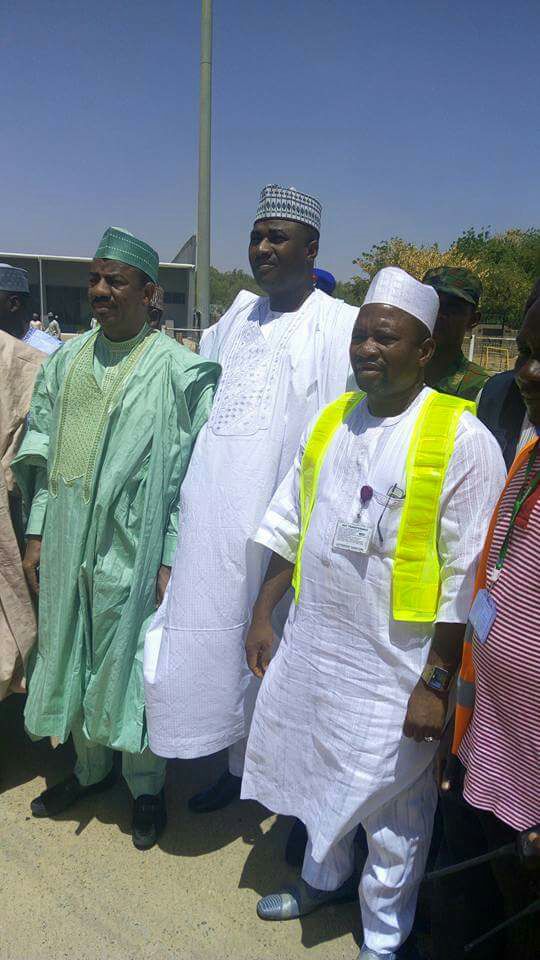 Prof. Bashir Garba, Secretary to the government of Sokoto state (L), Ahmed Abubakar, Sokoto airport manager (R) and another official in the middle during the inaugural flight of Air Peace into Sokoto on Wednesday

Aminu Tambuwal, Sokoto State governor, on Wednesday, pledged support of the State government for Air Peace operations into the state, saying he was endeared to the airlines services because it stands out in an industry that is struggling with debt burden.

Tambuwal, who said the services of the airlines which had been operating into the airport had become skeletal and unpredictable due to debt and management issues, noted that it had become necessary to invite an airline like Air Peace to rescue the people in that region from epileptic services.

The Governor, who was represented by the Secretary to the State Government, Prof. Bashir Garba, said he was impressed by the unparalleled services of the airline, adding that he will do everything possible to support it.

“We sent a delegation to  Lagos to meet with the management of Air peace because of the recommendations we got from stakeholders that it is one of the best at the moment, we gathered that it is the only reliable airline with sufficient and reliable fleet, so we decided to reach out to the management and they answered positively to our call. We had an extensive discussion on how to make their services profitable for the benefit of the people of Sokoto State. We want to assure you that we will do everything possible as the government to ensure that you do not have any regret in extending your services to Sokoto state”, he said. 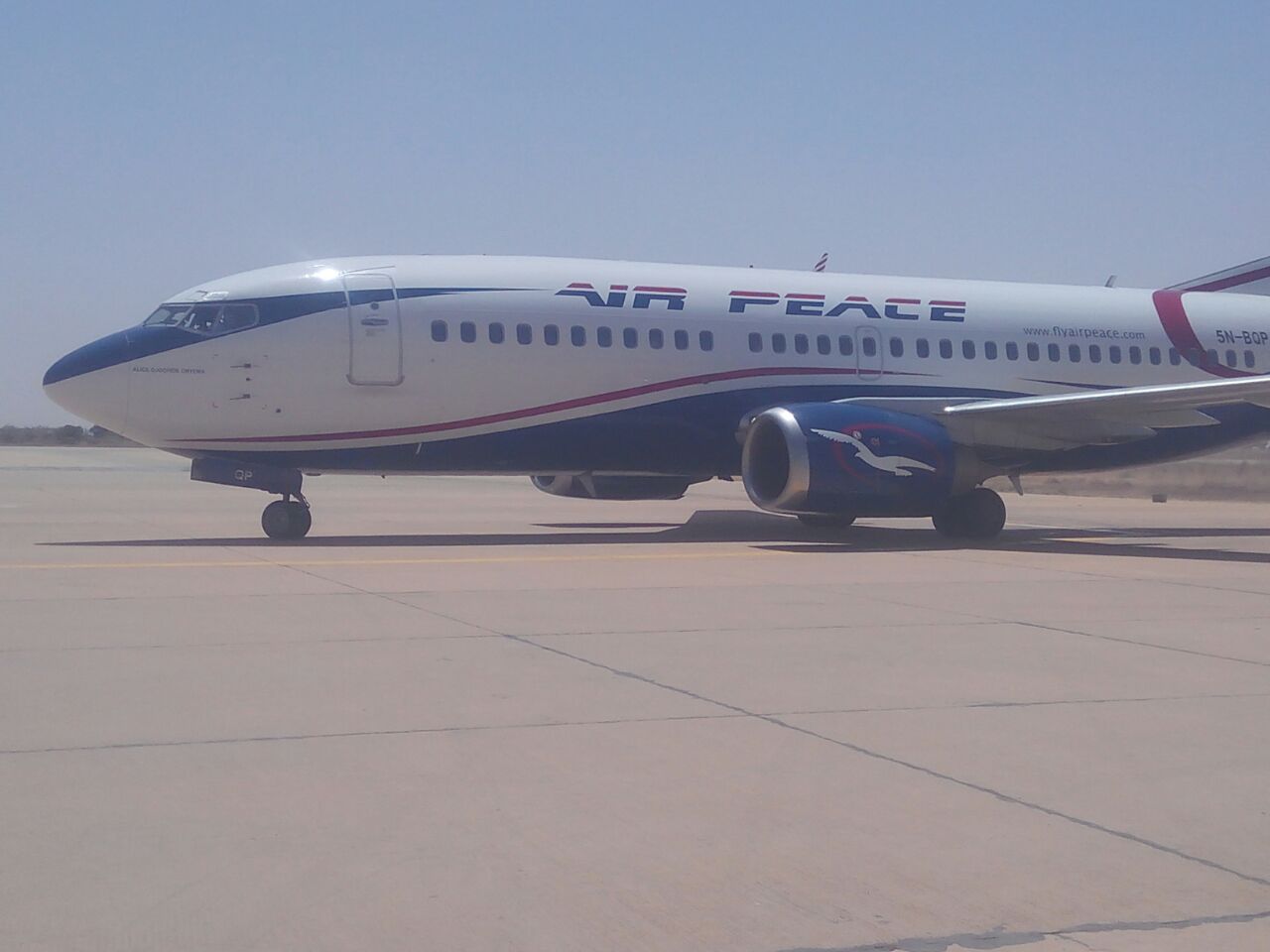 Meanwhile, the airline management, which said its mission ‘is to make air travel seamless, safe, pleasurable and affordable’, said that it will provide unequalled and exciting flight experience to its customers.

Speaking through the airline’s Quality and Safety Manager, Allen Onyema, its chairman in his speech at Sokoto airport, said his company is poised on transforming air travel experience on the Sokoto route, adding that the importance of the cooperation of Sokoto State government with the airline cannot be overemphasized in making this a reality.

Onyema, who noted that ‘Air Peace has come to Sokoto ‘to inaugurate on time departure, uncompromising premium on safety and comfort and affordable flight services’, added that it maintains its fleet at some of the best facilities in the world including Israel Aerospace Industries Ltd, Magnetic MRO of Estonia, Lufthansa Technick AG of Germany and Global Engine maintenance LLC of United States of America.

He said Air Peace also has BTC Aviation of the United Kingdom is on ground in Lagos to handle its fleet 24 hours every day of the week.

“We recognise Sokoto as a very strategic economic and social capital in the North and Nigeria as a whole. The inauguration of the Sokoto route, therefore, signifies that Air Peace is keen to developing long-lasting relationships with the government and the good people of the state. This is with a view to addressing the challenges of air travel in the area.

“Our mission in the aviation sector is to make air travel seamless, safe, pleasurable and affordable. Our consistency in pursuing these objectives has established us as the preferred airline of the Abuja , Benin, Calabar, Uyo, Owerri, Enugu, Port-Harcourt and Lagos routes. We are already replicating our success story on the regional routes with launch of Accra flight operations, soon we will be on Abidjan, Dakar, Lome, Libreville, Johannesburg, Guangzhou, Dubai, Mumbai, London, Atlanta, among other destinations we have secured approval to operate flight into, it is indeed, a bright future we envisage in the days ahead”, he said.

Also speaking, Ahmed Abubakar, the airport manager said the people of the area had been longing for the flight, adding that the needed facilities were available for their flight operations.

“We have been longing for this, I have been having discussions with the SSG concerning this operations, I was very happy the first day you came on inspection of our facilities, as you are aware, we have a long runway of 3,000 meters, 3,000 x 50, we have four fire tenders that are enough for your operations because we also handle hajj operations, we will cooperate with you and ensure you succeed”, he said.