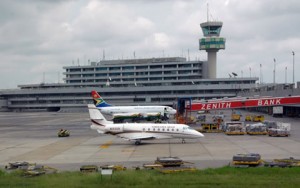 A significant upsurge in passenger, cargo and aircraft traffic is expected in Nigerian airports by the last quarter of this year, when most of the terminal and other related projects at these airports would have been completed and commissioned.

With improvements in terminal and airside facilities at these airports, a number of local airlines in the country have already started expanding their route network, some extending to the West Coast of Africa.

Some foreign airlines with Lagos as their only destination have also begun to show interest in operating into Mallam Aminu Kano and Port Harcourt International Airports. Qatar Air is one of such airlines, following the recent signing of Bilateral Air Services Agreement (BASA) between Nigeria and Qatar.

Other factors likely to influence the growth of passenger and cargo traffic this year include the completion of cargo terminals at designated airports across the country.