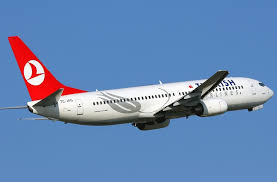 Sequel to the intervention of the Nigerian Civil Aviation Authority (NCAA),Turkish Airlines has paid the prescribed compensation to all the passengers whose luggage were delayed in the infamous Flight TK 624 scheduled service from Istanbul to Abuja.

The Airline under the supervision of the Consumer Protection Officers (CPO) of the Regulatory Authority ensured that all the passengers were paid full monetary compensation as contained in the Nigerian Civil Aviation Regulations (Nig.CARs).

Sam Adurogboye, NCAA spokesman said that in addition, a cargo flight and an Airbus were arranged to freight to Abuja, Nigeria, all contentious backlog of baggage that were earlier short landed.

All concerned passengers have collected same as at the time of this report.

These were contained in a report of the investigation carried out by NCAA over the recent Tarmac Intrusion by Turkish Airlines passengers submitted to the Director General, Nigerian Civil Aviation Authority (NCAA), Capt.Muhtar Usman.

There were several observations and recommendations in the report.

These include provision of signage informing passengers of possible penalties of unlawful acts at the airport.

Furthermore, clear cut penalties arising from unlawful acts should be displayed to serve as deterrent to would be violators.

The Close Circuit Television (CCTV) footage will be deployed and the Turkish Airlines should assist in identifying the unruly passengers for prosecution to dissuade others from carrying out similar acts subsequently.

In the course of the final phase of the investigation, salient questions will be asked concerning airport management. If established sanctions will be applied for violating access control requirements in the National Civil Aviation Security Programme (NCASP) chapters 4.5 (a),6.1.4.6.2.1 and 6.3.2.

NCAA has also directed the appropriate Agencies to put up appropriate control mechanism strong enough to prevent unauthorized access to restricted areas of the airports forthwith..

These recommendations and others would be implemented to the letter to fore close and mitigate future occurrence.

It would be recalled that Abuja airport manager, head of security and terminal manager were all suspended about three weeks ago by Hadi Sirika, Minister of State, Aviation, over passengers’ unlawful invasion of the tarmac to prevent a moving Turkish airlines’ aircraft from taking off.