Turkish Airlines posts record profit of over $1bn in 9 months 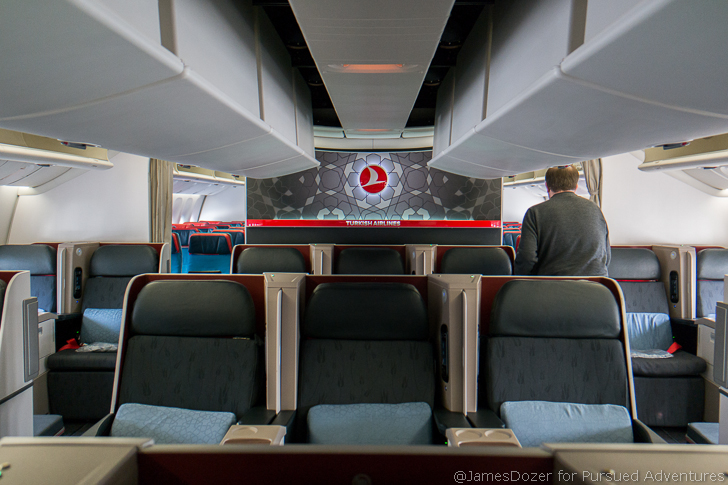 Due to the increasing demand and unit revenues, Turkish Airlines posted profit from main operations of USD 1 billion 149 million, in the first 9 months of 2018, despite the increasing fuel prices.

Turkish Airlines, managed to increase both passenger and cargo revenue significantly, achieved a total revenue of approximately USD 4 billion in the third quarter of the year.  With such remarkable performance, sales revenue in the first nine months increased by 20 percent to USD 9.9 billion, compared to the same period of 2017.

Continuing its uninterrupted profitable growth performance, Turkish Airlines managed to increase its net profit by 3 times in the first 9 months of the year and completed this period with a net profit of USD 755 million.

In the first nine months of 2018, EBITDAR (earnings before interest, taxes, depreciation, amortization and rent), which is used as a cash generation indicator, increased by 16 percent to USD 2.8 billion, with an EBITDAR margin of 28 percent.

Commenting on this brilliant success, Turkish Airlines Chairman of the Board and the Executive Committee, M. İlker Aycı said; “We are delighted and proud to announce our third quarter results of this year, in which we put great emphasis on strengthening and improving the infrastructure conditions we have. We would like to thank all our passengers, employees, business partners and stakeholders who have contributed to this important achievement.”

“Despite the various regional and sectoral conditions that we have encountered especially in last few years, the persevering attitude we displayed has been the source of our steady rise. Today, with our significant investments, impressive growth figures and numerous successes we achieved, we continue to strengthen our prestigious position in the global aviation industry. As being one of the primary prides of our country, we are sure that this momentum will continue increasingly after moving to our new home, Istanbul Airport, as well.”

Turkish Airlines, which has strengthened its identity as a leading global airline with its extensive flight network, is operating flights to 49 domestic and 255 international destinations, a total of 304 destinations in 122 countries, along with Freetown, Samarkand, Krasnodar and Moroni routes which were opened this year. The fleet of Turkish Airlines, one of the youngest and most modern in the world, operates a total of 329 aircraft, comprising 217 narrow body, 92 wide body and 20 cargo aircraft, as of today. Investing in the most advanced and environmentally friendly new generation aircraft, Turkish Airlines aims to reach a fleet of 475 aircraft by 2023.

Turkish Cargo, which is the world’s fastest-growing air cargo carrier, with the cargo volume it carries, new flight destinations and cargo aircraft added to its fleet, continues to maintain the services it provides to its customers in 122 countries, with Turkish Airlines quality and to increase its market share in the global air cargo market. Having completed the nine-month period of 2018 with great success, Turkish Cargo carried more than 1 million tons of cargo with an increase of 25 percent compared to the same period of the previous year, while cargo revenue increased by 29 percent and reached to USD 1.2 billion. Turkish Cargo continues its operations with the target of being one of the largest air cargo carriers in the world.

Opening for operations on the 95th Anniversary of the Foundation of the Republic of Turkey, Istanbul Airport, will witness one of the most important milestones of Turkey’s Aviation Industry and Turkish Airlines as well. The growth of Turkish Airlines will accelerate with Istanbul Airport, which will bring a fresh momentum to the entire aviation sector. With this major investment, Turkish Airlines will continue its growth path towards becoming the leader of the global aviation sector, by maximizing its passenger experience.