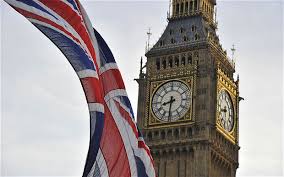 The United Kingdom (UK) government on Wednesday, deported over 48 Nigerians to the country through the Murtala Muhammed International Airport (MMIA).

A source told The Travel Port that about 500, including nationals of Sierra-Leone, Nigeria and Ghana, were carried in planes from the Stansted Airport, London to be distributed or deported to a sport for onward clearance to other countries.

It was learnt that landed in Nigeria aboard a Boeing 767 aircraft with registration number AWC931 and that the flight.

It was further learnt that the deportees were deported for immigration related offences but there was no official statement on the offences committed by the deportees.

Most of the deportees say they are not happy to come back.

Some of them claimed they were picked up on their ways to either places of work or home while the UK officials allegedly disallowed them from taking any belongings along.

It was learnt that on arrival in Lagos, many of them claimed they do not have relatives in Lagos, compounding their problems of accommodation.

They are currently stranded at the Lagos airport.

Nigeria had recently expressed concern over UK’s plan to allegedly deport 29,000 Nigerians, insisting that due process be followed before Nigerians are removed from the UK.