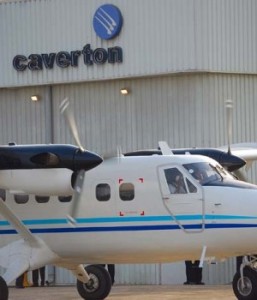 workers, under the National Union of Air Transport Employees (NUATE), have threatened to shut down operations of Caverton helicopters in Lagos, Warri and Port-Harcourt ‘if the salaries of the workers are not reinstated within the next seven days’.

The notice was contained in a statement signed by Olayinka Abioye, acting General secretary of NUATE and copied the branch chairmen of Warri, Port-Harcourt and Lagos.

The Union said henceforth, there shall be no further discussions on the matter as all efforts to resolve it have proved abortive.

“Notice is hereby given to the general public and particularly, the esteemed clients of Caverton helicopters, that due to persistent anti-labour practices of the management of the company, the unions have resolved to shut down operations of the company in Lagos,  Warri and Port-Harcourt within the next seven days if the salaries of our members are not reinstated.

“There shall be no further discussions on this fundamental issues as the unions have exhibited high sense of responsibility and maturity in getting the matter resolved but to no avail. This message serves as a final notice of industrial action, all Caverton helicopters workers to note and be fully prepared’, the statement reads on Wednesday.

Since inception, the Caverton Group has positioned itself as one of the leading indigenous oilfield services companies in Nigeria and following the passage of the Nigerian Government‟s “Local Content Policy,‟ which is aimed at substantially increasing indigenous participation in the local and gas industry, is very well positioned to leverage the opportunities this represents.