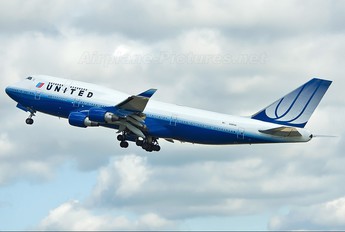 The last may not have been heard of monthly departure of giant carriers from Nigerian routes due to the current forex crisis, as one of United States of America carrier, United Airline stops operations intion Nigeria beginning June ending 2016.
This is about six weeks after the Spanish carrier, Iberia exited the Lagos-Spain route due to financial difficulties too.
The exit of United means only Delay and Arik Air will slug it out on the perceived lucrative Nigeria-US routes.
Head of Press, Europe, Africa, Middle East and India, United Airlines, Mr. Kevin Johnston, said in a statement, “United confirms that it will discontinue its service between Houston and Lagos. The last departure from Houston will be on June 29 and the last departure from Lagos will be on June 30.
“We have regretfully taken this decision because of the route’s poor financial performance. We will contact customers with bookings for flights beyond those dates to provide refunds. We apologise for any inconvenience caused.”
Passengers can still fly to Nigeria on United’s trans-Atlantic business partner, Deutsche Lufthansa AG, through a connection in Frankfurt. The Boeing 787 serving Lagos will be used on the San Francisco to Tel Aviv route, which will expand to daily in October from three times weekly, according to the airline’s note to its employees on Wednesday.
The International Air Transport Association said that funds belonging to foreign airlines, which had been trapped in the country due to the Federal Government’s policy on foreign exchange, stood at $575m (N113.28bn) as of March this year.
The association, which represents over 260 airlines attending to 83 per cent of the global air traffic, made the disclosure at the IATA African Aviation Day programme in Abuja.
Recently, Iberia , the official airline of Spain exited Nigeria as well. It is speculated that other major airlines will follow suit.
2016-05-27
Sade Williams