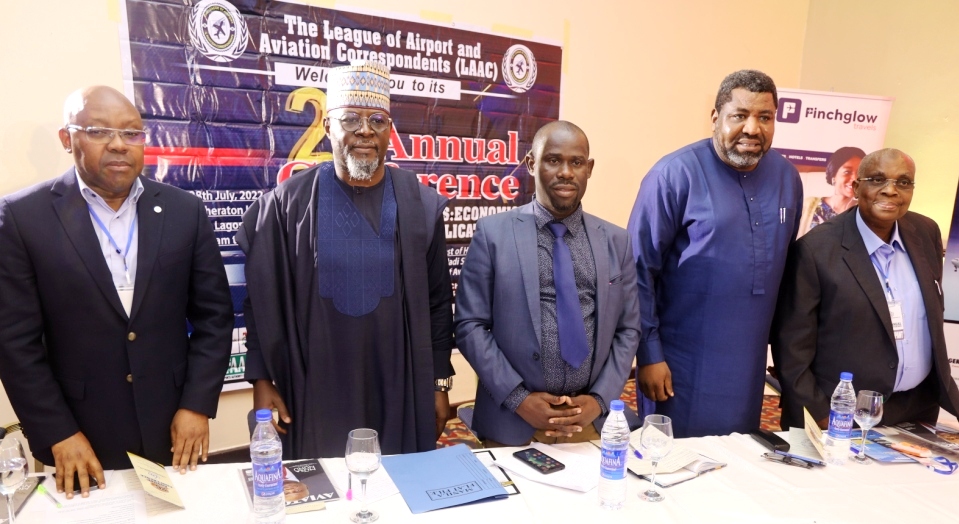 Also, the Nigerian Civil Aviation Authority (NCAA) has been tasked to help in the growth trajectory of the nation’s airlines without relegating safety, rather than slamming them with suspension.

Speaking at the 26th annual conference of the League of Airport and Aviation Correspondents (LAAC) on Thursday with the theme: Sunset Airports: Economic and Safety Implications,’ held in Lagos, Uriesi said that the lack of 24 hours flight operations to some routes in Nigeria was impeding the growth of the airlines.

According to Uriesi in his paper, ‘Maximising Runway Utilisation: A Nigerian Airline Perspective,’ the country’s carriers are losing an average of N4 million per flight, N12 million in every flight, N360 million in 90 flights and N4.3 billion annually on every flight lost to sunset airport

This restriction, Uriesi noted has led to a huge underutilisation of aircraft fleets by the Nigerian airlines as against the global industry standards.

He added: “This is due partly because of too many impediments in the operating environment that limit airline productivity.

“These include limited runway availability across the domestic network, multiple operational infrastructure deficiencies, poor organisation and many others.”

Proferring solution to the challenge, Uriesi appealed to the government to prioritise airfield infrastructure and provide the necessary Instrument Landing System (ILS) and accompanying accessories for every airport, while also keeping the aerodromes open to meet the needs of airlines and other users.

Besides, he advised that the government should make current, approved master plans a regulatory requirement for every airport and illegalize non-adherence to the master plans by any organisation.

“Establishing a local aircraft lessor /financing vehicle that would allow for the domiciling of aircraft payments in local currency would make a huge difference to the air transport sector in Nigeria,” he added.

Also Speaking, Prof. Anthony Kila, the Director at the Centre for International Advanced and Professional Studies (CIAPS), in his paper: ‘Passenger Experience In Daylight Airports,’ challenged that NCAA to work for the success of airlines while still upholding  safety regulations.

He stated that the aviation industry in the country was bedeviled with myriads of crises, stressing that the high cost of flights and shutting down of airlines signified bad omen for the country.

He called for total rethink and resetting of aviation industry by all players while canvassing for the establishment of Bank of Aviation, which would make access to foreign exchange by airlines easier.

“We need to act swiftly and decisively to deal with this situation so that this very bad situation we have at hand does not turn into an unmanageable disaster. Decisive actions in this case will require a total rethink and resetting of the way we conceive and manage our aviation manners.

“There is a prevailing idea in the general public and amongst too many leaders of thought, opinion moulders and indeed policy makers that aviation is a sector that services the elites or the privileged, this is however an anachronistic misconception that needs to be deliberately and assertively corrected.

“Those who know and can need to find the clarity of mind and courage of voice to explain to the rest of the society that in the times we live in and with the size and structure of Nigeria, aviation has become and will remain a basic and essential infrastructure. With such conception in mind, the role of regulators in the sector will be radically modified. “

Earlier, Mr. Bankole Bernard, Group Managing Director, Finchglow Holdings in his speech, warned that the continuous rise of dollar against naira would spell doom for the industry.

He insisted that the situation was scary for all business entities in the country and appealed to the government to force a change.

Bernard who was also the Chairman of the occasion, advised the Nigerian Government to take a cue from other advanced countries where airports are opened for operations for 24 hours daily, but said some factors determine this.

He mentioned some of the factors to include routes, cost of operations, navigational equipment and others.

Bernard argued that this would promote tourism and business growth across the country.