US based NGO, USA-Africa EBDC sets to boost trade with Nigeria 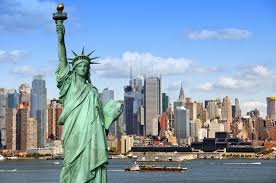 Beside business promotion, the Centre will also help in encouraging, inspiring and motivating the youth and young adults in entrepreneurship by promoting peace and unity with various participating countries which will in no small measure honour the continent of Africa.

Towards this end, the organisation will be visiting Nigeria in August with its team, comprising American businessmen and women, including Dr. Clyde Rivers, who is also the acting Ambassador at Large for the Republic of Burundi, as appointed by President Pierre Nkurunziza.

He also serves as Special Advisor to President Pierre Nkurunziza, President of Republic of Burundi.

The team will be led by its CEO, Dr. Gladys Loggin-Folorunsho, an entrepreneur, business and community leader and organizer.

She also doubles as President of Goal Healthcare Services and Managing Broker of Heritage International Real Estates and Construction Services.

She was conferred with the 2005 Businesswoman of the Year by President Bush due to her strong community involvement and business skills andalso made an honorary Illinois Business Chairman by the Republican Business Committee.

According to Loggin- Folorunsho, “USA-Africa Economic and Business Development Center promotes both local and international businesses to its next level, through exhibition and trade tours while providing business services”.

USA-Africa Economic and Business Development Center was established as a non-for-profit in 2012with a network of about 30 organizations, operating in the United States of America and three countries in Africa.

The Centre participated in Black Women Expo, 2016 Expocomer, in Panama and organized the 2016 ICN (I Change Nations) Awards and Black History Month Business Fair and Awards in Chicago, amongst others.