The Nigerian Airspace Management Agency (NAMA) has been commended for its excellence in delivering expeditious air navigation services within the nation’s airspace.

In a letter of commendation addressed to the Managing Director, Capt. Fola Akinkuotu, the Airport Manager of Virgin Atlantic Airways Ltd, Justin Bell said the airline appreciates NAMA’s efficiency in ensuring seamless, smooth and timely movement of aircraft across the Nigerian airspace, adding that the flight control team in the United Kingdom also appreciated the agency for its excellence in air navigation service provision. 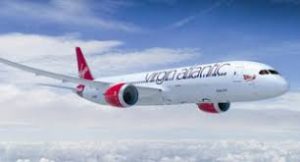 In a related development, the Minister of State, Aviation, Sen. Hadi Sirika has given kudos to NAMA for its “diligence and astuteness” in the discharge of its duties.

In a letter signed by the Asst. Director of Air Transport, Richard Pheelangwah on behalf of the Minister, Sirika advised the agency to “keep up” the good job it is doing in ensuring safety of air travel in the country.