We will return Arik, Aero to original owners at the right time – AMCON 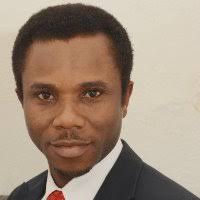 Asset Management Corporation of Nigeria (AMCON) has said it will not return Arik Air and Aero Contractors to their original owners until the airlines clear their indebtedness to the corporation.

Recall that the government recovery agency had on February 8, 2017, announced its takeover of Arik Air following a court order, as the airline’s indebtedness to AMCON and other entities at the time was put as about N300bn.

In a similar manner, AMCON had earlier taken over Aero Contractors, when it announced the dissolution of the airline’s board. That was way back in February 5, 2016. With that announcement, AMCON also appointed a manager to oversee the affairs of the airline.

Head, Corporate Communications Department AMCON, Jude Nwauzor, who responded to media enquiries at the weekend, said, “Once they (Arik and Aero) pay back the money they owe us (AMCON), we return the airlines and that is what we do with every company that we have taken over or we have intervened in.

“It is basically because the company is indebted to us and constitutionally we go through the courts to intervene in these firms. So, if the debt is settled, we don’t have any interest in any of them.” It was also gathered that while the airlines had made some progress in stabilising their operations, there is no plan by AMCON to merge the carriers in order to establish a national carrier for the country.

On whether the carriers had been returned to profitability by those appointed by AMCON to manage them, Nwauzor stated that although he was not privy to the books of the airlines, there were clear shreds of evidence of significant improvement in the operations of both airlines. He said, “Of course, you know the problems of flight cancellation and passenger complaints that were the order of the day before we came in. Right now, nobody hears about those issues again. The management of Arik said recently that the number of passengers they now fly daily has increased tremendously and that shows that the airline is becoming profitable again.”

Nwauzor also stated that the claims that a national carrier would emerge from the merger of Aero and Arik were mere rumours. He said, “The managing director repeatedly stated in the past that he heard such a claim as a rumour and he would treat it as such. So, to us, it is a rumour.”

Also speaking on the development, the media consultant to Aero and Arik, Simon Tumba, told newsmen that the carriers were currently stabilising.

“Both airlines are currently being stabilised. Aero is now working on its maintenance, repair and overhaul facility and Arik is beginning to take care of its bills, as against what obtained in the past. So, I can confirm to you that they are both stabilising.”