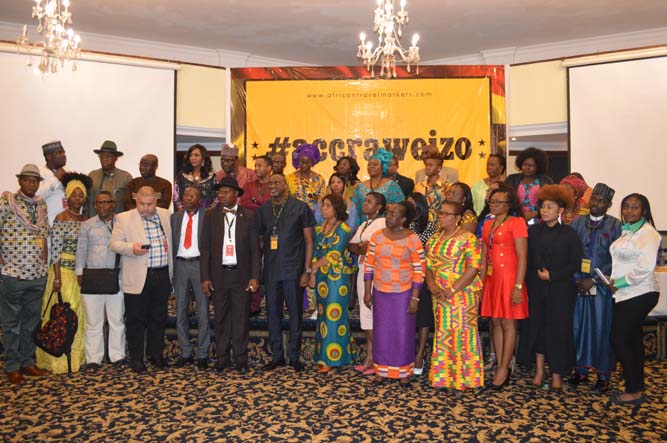 Four years after the launch of Accra Weizo as a West African Travel and Tourism  platform for the growth of seamless travel in the ECOWAS region, a new association for private sector players in the region has emerged.

At the launch of Accra Weizo four years ago, the vision was to turn the 15 countries and its 380million people into a Domestic Tourism Destination.

It has taken four year for the organizers of Weizo to reach out to over 150 Travel and Tour Operators in West Africa from 6 countries enough to start a regional association that will drive tourism in the region.

West African Travel and Tourism Alliance (WATTA) will be an association for any player in the tourism and travel environment. The interim board of WATTA will be announced and inaugurated at Accra Weizo on the 23rd of June 2018 at La Palm Royal Beach Hotel Accra.

Accra Weizo is one of the events geared towards getting West Africans to Co-operate amongst themselves. West Africa is home to 15 countries of over 380 million people but tourism and travel is not the strong suite of the economic interaction in the region. The region receives among the lowest Tourism figures per Capita in Africa.

With a huge population and over 40 Airports, Aviation is dominated by companies from outside the region but Accra Weizo is a Travel event now in its 4th edition aimed at creating a seamless travel environment in West Africa. It brings together travel professionals in West Africa.

The ECOWAS region despite a protocol of free movement has not grown intra regional tourism and travel.

At Weizo this year, the Honourable minister of Aviation for Ghana, Cecilia Abena Dapaah, will be opening the 4th Accra Weizo event on the 22nd of June with a Paper titled ‘Harnessing the Opportunities in Aviation value chain in West Africa.’

The first day will be the seminar on Aviation and the Second day will be dedicated to ‘Travel, Tourism and the Internet’ session to grow Travel Business and destination.

It will be taking place at ada Ekesi Hall at La Palm Royal Beach Hotel. The topics to be discussed on the first session of the event which is dedicated solely to Aviation in West Africa include “Interlining in West Africa, a possibility or a Mirage?” “ Integrating West African Airport System” “Standardizing Aviation Laws in West Africa for Regional Growth” “Why West African Airlines fail easily and the future.”

Other Airlines Chief Executives are expected to join the panel.  Because of the need to Organise the Tourism products available in the region to encourage Intra regional Tourism.

Atqnews will be hosting an Award for the Top100 Hotels in West Africa.

Already confirmed Panelists which is a mixture of African and non African Hotel Managers include Marigold Vivian Mingle of Ridge Royal Resort at Cape Coast.

Malah Saleh is the CEO of Djembe Hotels and Balafon Hotels in the Gambia. Currently he is one of the biggest Hotel proprietors in West Africa.

There will be a special presentation on the Hottest destination for West Africans Dubai by the Regional rep for Dubai Tourism Stella Obinwa of DTCM, on 22nd of June.

Lagos State which is the Event and entertainment Capital of Africa will be showcasing its wealth of Attractions on Saturday the 23rd at the EKAABO day. The Ghana Tourism Authority will showcase its flagship programme at Ghana Day with See Ghana, Wear Ghana, Eat Ghana.

According to Mr. Ikechi Uko CEO of AKWAABA African Travel Market and Organiser of Accra WEizo, “Our Events are geared towards capacity building and networking. After the success of Banjul Bantaba, we expect Ghana to Surpass the Gambia Experience.”