Why 2016 was adjudged best year in Africa Aviation—experts 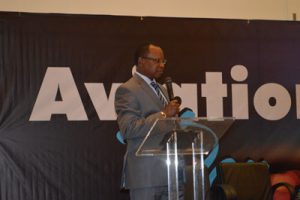 Aviation and tourism experts who converged on Eko Hotel and Suites for the 13th edition of Akwaaba African Travel Market, on Monday, identified various reasons why Africa achieved zero air accident in 2016, saying advancement in technology was a big factor in achieving the feat.

Elder Gbenga Olowo, president of Sabre Network and Aviation Safety Round Table Initiative, who delivered the keynote address on ‘2016 Africa Aviation Accident Free Year ‘‘What Did Africa Do Right”?, attributed the feat to airlines embracing the International Operational Safety Audit (IOSA), a safety assessment standard set by the International Air Transport Association (IATA) for all its members, saying  ‘IATA being an airline association through IOSA  have made its members to be principally responsible for safety and not necessarily the regulator.

He added the Airlines in the membership list members strive for Safety and go the extra mile to subject itself to audit by other jurisdiction outside its own registration.

He said the EASA and the certification by the Nigerian Civil Aviation Authority (NCAA) had also helped the airlines, even in Nigeria.

“Intensified human capital development through routine and schedule trainings for all Pilots in particular since pilot error do account  for about 80% of all aviation accidents, implementation of safety management system (SMS).

“More budget is set aside for maintenance and dedicated account for maintenance reserve as accident is planned through neglect / poor   maintenance. That is not all, operators are successfully moving to newer and younger fleets with lower operational and maintenance cost. Thanks to fund availability at low costs through financial institutions”, he said.

Olowo, who said the fund availability has opened door for more Economic Lease/Purchase Conditions from aircraft suppliers, added that ‘Continued advocacy for improved Aviation infrastructure and acceleration of International Civil Aviation Organisation (ICAO) Safety related standard and recommended practices, have all contributed to the clean sheet for Africa in 2016.

“It also good to mention that Autonomous CAAs with less and less government interference resulting to more efficient regulation and IOSA becoming part of airline certification process which is voluntarily compulsory has helped the situation”, he added.

Also speaking, Kola Olayinka, regional commercial manager, West Africa, British Airways, said when passengers buy tickets, they are basically entrusting their lives into the hands of the operators, adding that one cannot play with safety as a lot of things are being done right in the continent,

He however wished that the continent would celebrate ten years of accident free period, ‘we do not want to investigate accident, we do not want them at all’.

Bernard Bankole, president of National Association of Travel Agents, expressed joy that the participants can talk about an accident free year, adding that Africans are no longer ready to settle for less anymore, apart from technology that has changed the face of air travel.

‘’Technology has changed aviation and had simplified things and that is why it is easier for us to record lesser accidents”, he said.

Aminu Agoha, former NANTA president said as much as there is still much gap to be filled, ‘safety management has become a way of life in the sector , it is because all parties have done their parts that is why aviation works but there should still be a synergy among the airlines to make travel easier for people”.