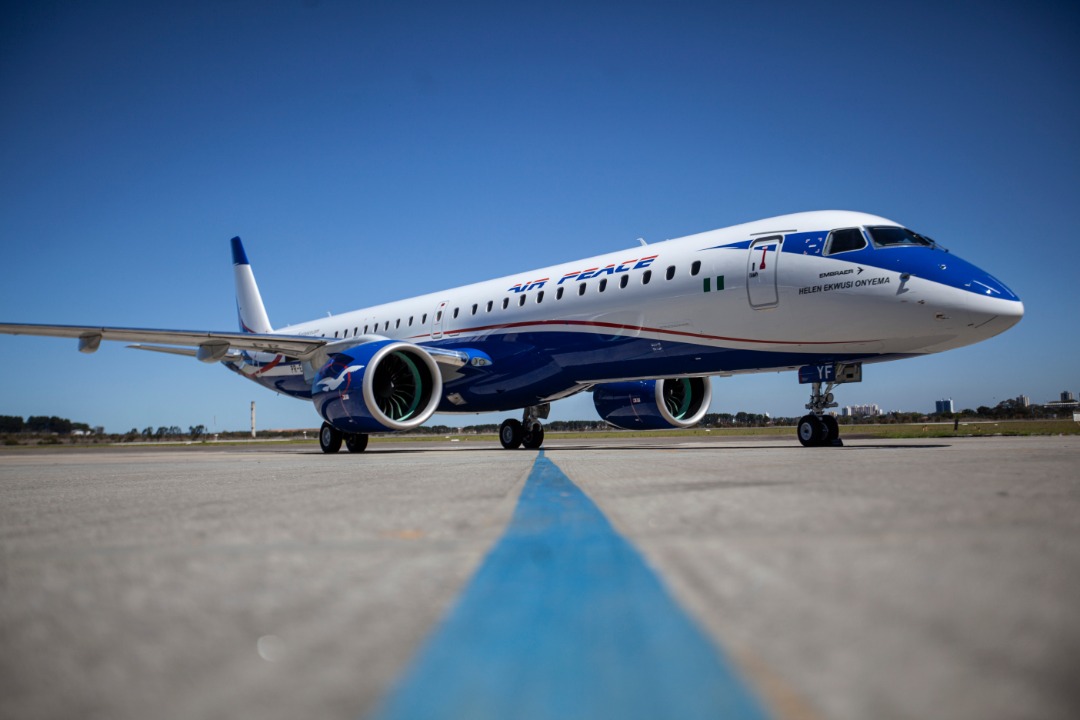 Air Peace’s Chief Operating Officer, Mrs Oluwatoyin Olajide, has said that the recently acquired brand new E195-E2 aircraft will save money on operating cost, just as she said the aircraft is uniquely configured to offer a superior travel experience to Air Peace’s customers.

Olajide, who made this disclosure at a media interview, explained why the airline chose the E195-E2 aircraft model, which is a 124-seat capacity state-of-the-art jet with impressive economic performance.

According to her, : “Now, why have we introduced the E195-E2? The E2 is a brand new aircraft, super-efficient, an aircraft that is for the future and even now.

“This is because a lot of money will be saved as regards the operating cost, there are savings on fuel, bearing in mind the high cost of aviation fuel in Nigeria. These aircraft coming into the country will help lower operating cost. The performance is awesome. A lot of Nigerians who hitherto were apprehensive of travelling by air, can now be rest assured. This is the plane for them. Once onboard this aircraft, you will feel transported to a world of luxury and comfort and most importantly, safety. This is what Air Peace represents. This is the Air Peace Experience”.

Describing the cabin configuration, Olajide said: “The interior is excellent. The staggered seats that we have in the Business Class are second to none. Furthermore, there is an innovation with the table- it has an iPad holder”. She emphasised that Air Peace wants the Nigerian flying public to experience the enhanced comfort, increased privacy and beauty offered by the brand new E195-E2, which is considered the best in its segment.

Olajide revealed that one of the strong points of this plane is its advanced fly-by-wire system which enables the aircraft to adjust seamlessly through turbulence in such a way that the passenger is oblivious to it.

Embraer’s President and Chief Executive Officer, Francisco Gomes Neto, in describing the new aircraft acquired by Air Peace, says: “The E2s are really fantastic airplanes. Your engineering people are going to love the technology. Your crew are going to love flying them. Your accountants are going to love the operating economics, and your passengers are going to love the stunning interior, especially those sitting in business class with the staggered seat layout. That innovation is an industry first, and we’re so pleased that Air Peace will showcase it to the world and, of course, that you’re the first airline in Africa to fly an E-195-E2”.