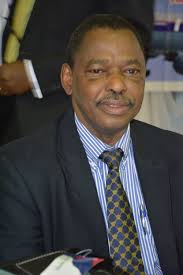 The Nigerian Civil Aviation Authority (NCAA) has shed more light into why full commercial flight operation is yet to commence in Bayelsa Airport despite its inauguration about six months ago.

This is as the security arrangements at major Nigerian airports received commendations from the regulatory body, but said that the current status could still be improved upon.

Capt. Abdullahi Sidi, the Ag. Director-General, NCAA in an interview with aviation correspondents at his office at the Murtala Muhammed Airport (MMA), Lagos on Monday said that absence of adequate perimeter fencing at the airport prevented the regulatory authority from issuing it certification.

Sidi, however assured that once the perimeter fences were perfected, NCAA would not hesitate to issue it certificates for commencement of operations, stressing that the government would not compromise security.

He said: “Somebody called me on the issue of Bayelsa Airport, then, after I did my own investigation. Perimeter fencing is number one requirement for any airport, which is safety. Someone said the government has done about 60 per cent of the perimeter fencing and said the other side of the airport is creek, but I said that is not acceptable to aviation industry.

“That perimeter fencing is the only thing remaining for Bayelsa Airport. There is no politics about it. That is the requirement. And anything security is taken seriously. It is a security issue. If we need to close an airport because of security issue, we will until they comply.”

Sidi, said that despite some of the teething challenges at the airports, the major aerodromes; Lagos and Abuja have continued to receive high ratings in the area of security in international community.

Sidi who is also the Director of Operations and Training, NCAA explained that Lagos and Abuja airports have consistently scored over 90 per cent in international security audits, stressing that the government was focusing on security and safety at the nation’s airports.

For instance, he explained that air and the passenger sides of the airports are equipped with security gadgets like the Closed Circuit Television (CCTV) cameras, which made it extremely difficult for intruders to penetrate restricted areas of the airports without detection, recalling that as far back as December 2009 during the underpants bomber, Abdumutallab, the security gadgets installed in strategic areas were able to track him down.

According to him, without the high security networks in Nigerian airports, the sole American airline, Delta operating into the country would have ceased operations, stressing that the Department of Transport (DoT), United States personnel, audit the Lagos airport almost every three months because of its interest.

He said: “Inasmuch as we have some minor security issues, Nigeria airports especially the Lagos and Abuja, security-wise, we have achieved 96 per cent of the International Security Audit of our airports and if you remember, not long ago, Sen. Hadi Sirika, the Minister of Aviation, collected certificate from the International Civil Aviation Organisation (ICAO) in Canada for achieving very high security standards at our airports.

“So, it is difficult for any unlawful person to penetrate the airport without tracking the person. I hope you can remember the Abdumutallab era in 2009, he was tracked and even between then and now, a lot has improved in the system.”

On stowaways, such shameful act had reduced in the industry in recent time and attributed their action to ignorance.

“Most of the stowaways are ignorant of their actions and that is why they die,’ he said.

He attributed the current high flight delays in the sector to influx of more air passengers, establishment of more airlines, insufficient aircraft among operators, poor weather and inadequate equipment at most of the airports across the country.

Sidi said the Directorate of Consumer Protection (DCP), NCAA, is however living up to its billing of protecting the rights of passengers.

“Also, we have our own challenges. An airline for instance has four aircraft and scheduled these aircraft to operate maximally, and unfortunately, one out of the four aircraft developed a fault, it is going to affect the whole schedules.

“I don’t know how the operators are going to feel about this, sometimes, the operators too are selfish with their operations. When all their aircraft are put to maximum operations, when something happens to any of the aircraft, what are the plans put in place to address those challenges?

“Also, we have issue due to bad weather – there are two types of bad weather; the harmattan, which we are already entering and we are trying to take care of that. The approach equipment have been upgraded seriously to even allow airplane to land in zero weather conditon. We have category III Instrument Landing System (ILS). We have this in Lagos and Abuja. Other airports are Category II ILS. The only one you can’t do anything about is heavy rain.

“But, thank God, most heavy rains in tropical zones don’t last for more than 45 minutes. So, you wait to get the weather report to depart to your destination. Delays will happen when they have to happen.”