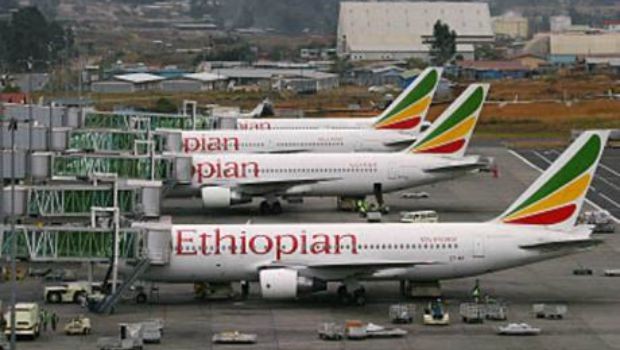 Ethiopian Airlines has explained the circumstances that led it to asking passengers on Nigeria-South Africa route to deposit certain amount before departing Nigeria, saying they do not charge unathorised fees.

According to a statement released by the airline in Lagos, the airline explained that ‘it doesn’t charge any unauthorised fees on this route.

It explained that ‘since many passengers have been denied entry in to South Africa by the immigration authorities for various reasons, and these passengers have been inconvenienced during their stay at Johannesburg airport before they were returned back to their airport of departure, they were asked to deposit the mentioned amount to cover their incidental expenses in case they are denied entry.

“This amount has always been refunded to the passengers when they have been allowed entry in to South Africa. Recently, NCAA notified us on some customer complaints on this matter and we are discussing with the Authority on how to handle the matter through diplomatic channels between Nigerian and South African Governments in the spirit of African brotherhood”, it said.

Ethiopian Airlines said it has served the people of Nigeria for the past 57 years and have proved to be a partner in progress.

The Nigerian Civil Aviation Authority (NCAA) had at the weekend,  ordered Ethiopian Airlines to stop forthwith the illegal collection of the ‘unauthorised charges’.

These unauthorised charges referred to as ‘refundable deportation fee’, the NCAA said is put at between $75 and $150.